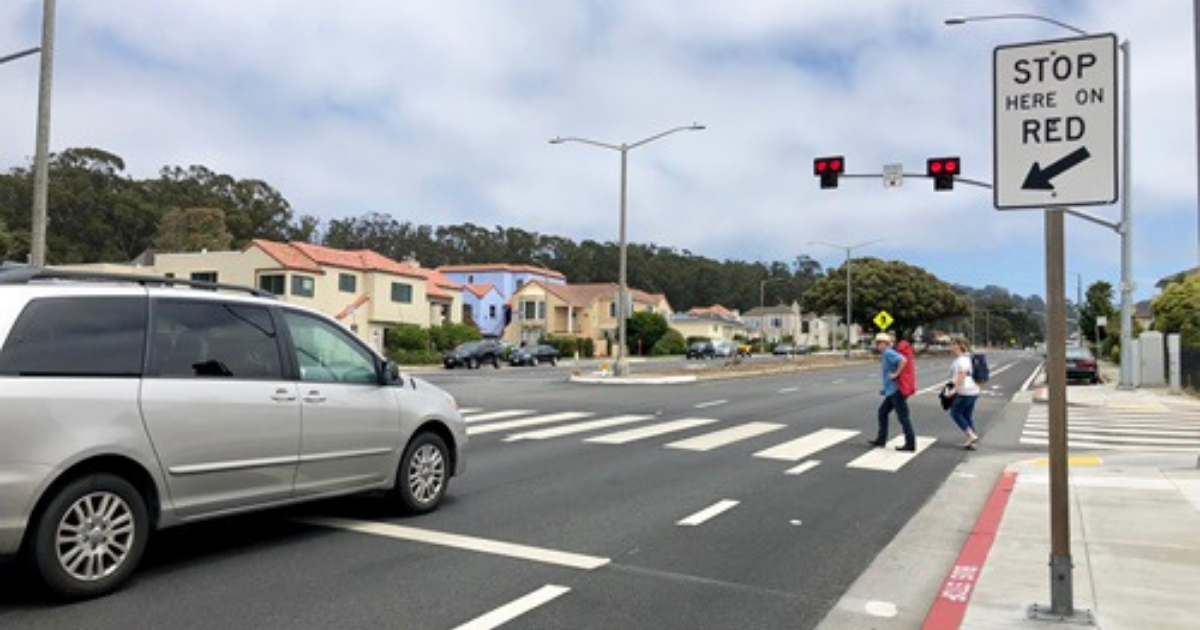 Caltrans will turn on newly-installed pedestrian beacons on State Route 12 (SR-12), also known as West Napa Street, in the City of Sonoma. The two beacons, located at 3rd Street and between 7th Street and Riverside Drive are scheduled for activation on Thursday, February 17, 2022.

The beacons are part of a project to pave and make pedestrian upgrades to the 3.8-mile section of SR-12 that runs through the City of Sonoma and the Fetter Hot Springs/Agua Caliente area. Improvements include 25 new curb ramps that comply with the Americans with Disabilities Act and new traffic and pedestrian signals.

The beacons, often referred to as pedestrian hybrid beacons, or High Intensity Activated Crosswalk Beacons (HAWK), are activated by push buttons and allow pedestrians to cross the road without walking long distances to signalized intersections.

Learn more about the pedestrian beacons and the project. Watch this video for an explanation of how HAWK signals operate.

You can also get real-time information on all State Highways in California on our Caltrans Quick Map: http://quickmap.dot.ca.gov/ Or follow Caltrans on Twitter at https://twitter.com/CaltransD4