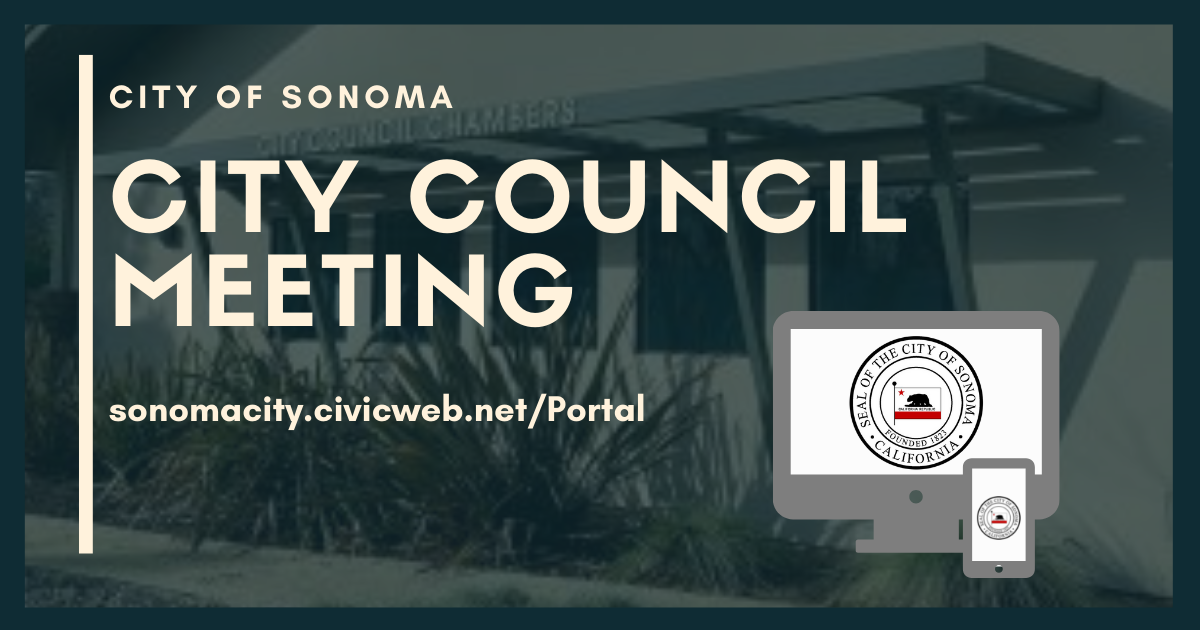 A regular meeting of the Sonoma City Council will be held on Monday, September 12th at 6:00 pm. View the full agenda, including a special “Celebrate Sonoma” presentation to Diana and Roger Rhoten for their operation and preservation of the historic Sebastiani Theatre, and items on the consent calendar on our CivicWeb Portal. The item to be considered on the regular calendar are:

The meeting will be held at City Council Chambers at 177 First St. West and can also be viewed on channel 27 or on the City’s CivicWeb portal. This is a “hybrid meeting” in that those interested in participating can do so in person or virtually on Zoom. Find out how to participate in virtual meetings here.

Submit a Comment
The public is encouraged to submit comments by e-mail* at publiccomment@sonomacity.org or by attending the meeting in person and speaking during the public comment period for the agenda item.

* Per the City’s standard practice, any comments received prior to the commencement of the meeting will be uploaded to the public correspondence folder on the City’s CivicWeb Portal and available for review by the public and the Council. It will not be read during the meeting.