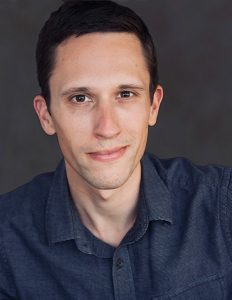 Mr. Pegg was selected as the top candidate from a pool of highly qualified applicants in an open recruitment process.  Mr. Pegg has been the City’s Environmental Compliance Analyst since 2013.  He knows the City of Sonoma and the Public Works Department well, having provided technical guidance and support for parks, cemeteries, streets, facilities, and water operations for many years.  Mr. Pegg has also spearheaded advancements in the City’s stormwater and GIS programs.  Mr. Pegg had an integral role in supporting the community with mapping resources and recovery planning during the October 2017 fires and has subsequently served as the EOC Plans Section Chief.  Mr. Pegg holds a Bachelor’s Degree in Urban Studies and Planning.

“I’m delighted to promote Chris Pegg to the Public Works Operations Manager position,” says Public Works Director Ferguson.  “His experience, skills, and commitment to the City and our maintenance workers will be very helpful as he leads our Public Works field operations.”

“I am honored by the trust and confidence of the Public Works team and the community we have the pleasure of serving,” stated Mr. Pegg. “I know I’ll be leading a hard-working and capable operations team at Public Works and am looking forward to working with them in this new role.”