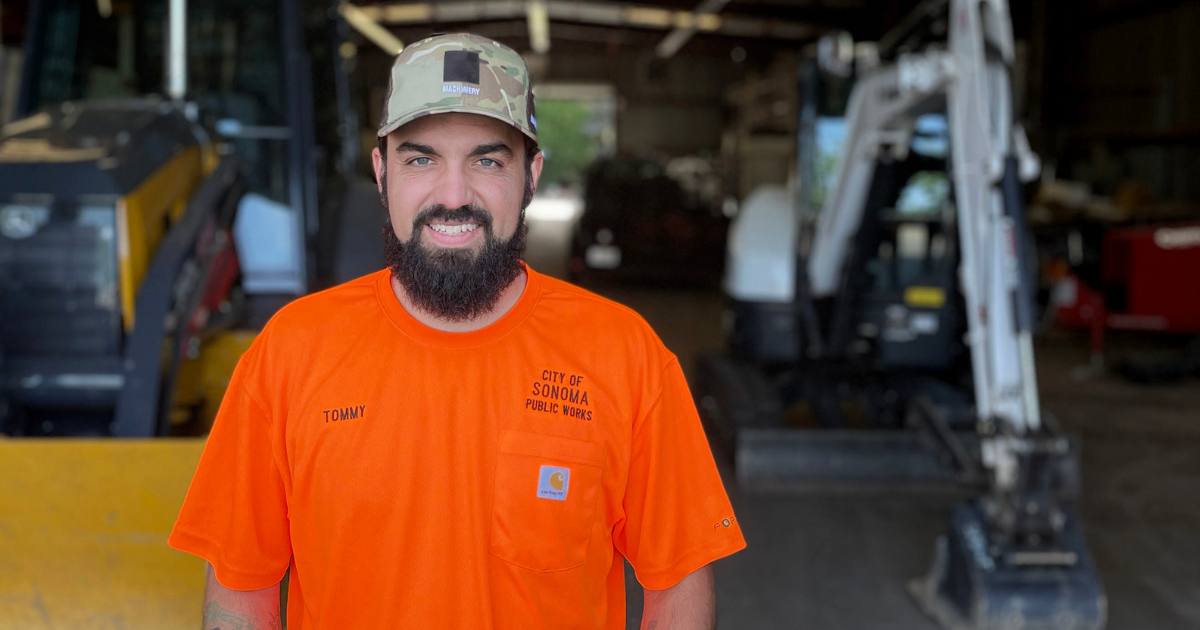 Mr. Plume was selected as the top candidate from a pool of highly qualified applicants in an open recruitment process. Mr. Plume has been with the City’s Public Works Department since 2017. He knows the city and community well, having lived and worked in Sonoma Valley for many years. In addition to his years of experience with the Public Work’s Department, Mr. Plume brings 13 years of technical experience in heavy equipment and machinery operation and repair to the team. Mr. Plume takes a lot of pride in working for the city and it shows in his work.

“I am very excited to represent the Public Works team in this new role, and to begin this new chapter with the City.” stated Mr. Plume. “Sonoma is where I grew up, my family is here, it is where I raise my kids, and I look forward to making a difference.”