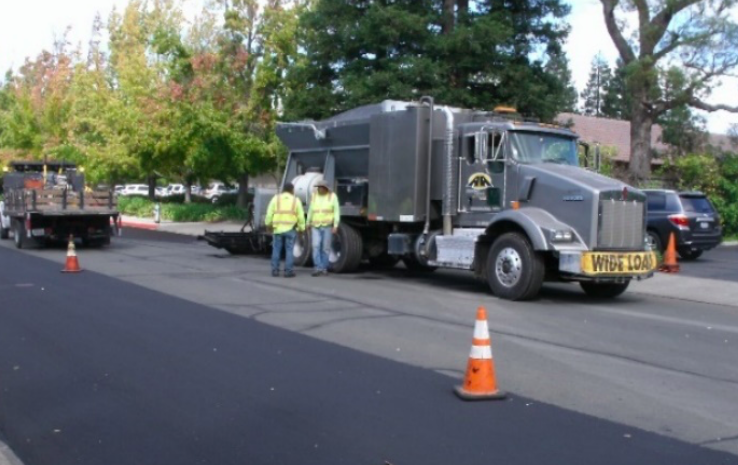 The City of Sonoma is pleased to announce the 2022 Citywide Slurry Seal Project (Project) started today. The Project began with preparations on June 30th and will be followed by the application of the slurry seal on July 7th and 8th.  After the application of the slurry seal, new markings on the street surface will be installed. View/Download the Slurry Schedule and Map. The Slurry Seal program is part of the City’s commitment to keeping the City’s streets in a safe and functional condition for all modes of transportation.

Streets will be closed to traffic during the slurry application process until it has been determined by personnel that the streets are safe to drive on. Any unexpected traffic during the application can be dangerous and it is vital for everyone’s safety that you do not drive, walk (including your pets) or bicycle on the wet slurry. The street marking application will be the final portion of the project and will require some traffic control, but the streets will remain open to traffic.

Each affected residence and business will receive a door hanger with information about temporary restrictions to on-street parking and driving on the newly sealed roadway, plus a map and schedule of the affected roads prior to the slurry seal application.

Learn more about slurry seal and find a location map and schedule on the Slurry Seal Project Page.