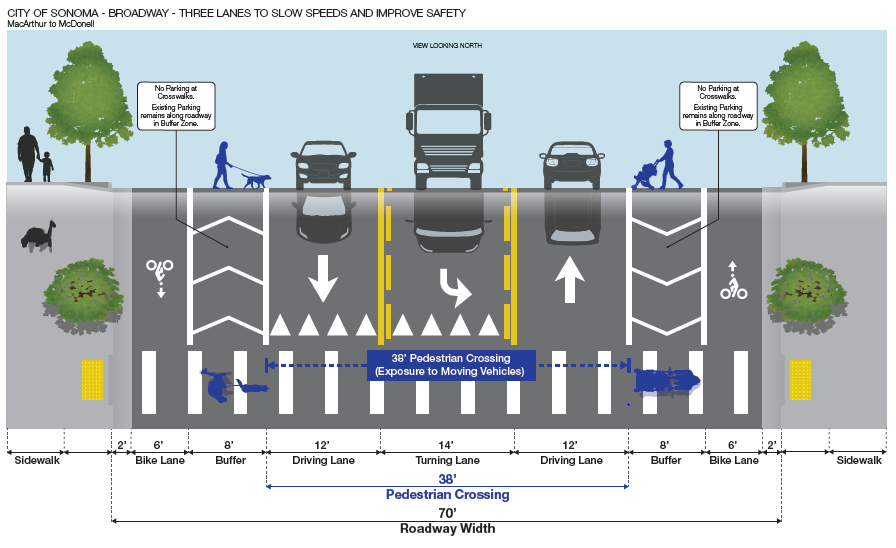 One of the options considered was to request that Caltrans implement a revised striping plan for Broadway to improve pedestrian safety between MacArthur Street and Napa Street after paving Broadway in late Summer/Fall 2021 or Spring 2022 as part of the Pavement Rehabilitation project currently under construction.

City Council is scheduled to consider a revised striping plan that reduces the pedestrian crossing distance on Broadway between MacArthur Street and McDonell Street by reducing the number of driving lanes at their August 2, 2021 meeting.

The public is invited to provide feedback on the revised striping plan. Comments may be submitted prior to the August 2nd meeting via e-mail at publiccomment@sonomacity.org.