As part of Fiscal Year 2021-22 budget adoption on June 21, the City Council funded the Broadway (SR12) Pedestrian Safety Project.  This project will provide enhanced pedestrian safety improvements at Patten Street, France/Andrieux Streets, Malet Street and at a relocated crosswalk north of Traintown with new curb ramps.  Caltrans approval is required for the City to implement this project.  The Broadway (SR12) Pedestrian Safety Project could be implemented with the existing or a revised Broadway striping plan.

City Council decided to request a revised striping plan that would reduce the pedestrian crossing distance on Broadway between MacArthur Street and McDonell Street by reducing the number of driving lanes. Council made this decision at their August 2, 2021 meeting.

The City has requested that Caltrans implement the proposed striping plan for Broadway to improve pedestrian safety between MacArthur Street and Napa Street after paving Broadway in late Summer/Fall 2021 or Spring 2022 as part of the Pavement Rehabilitation project currently under construction.

Two northbound lanes would be retained between McDonell Street and Napa Street to accommodate turning movements and vehicle stacking at the Broadway/Napa Street intersection.  In this reach, the pedestrian crossing distance could be reduced from 70 feet to 48 feet. 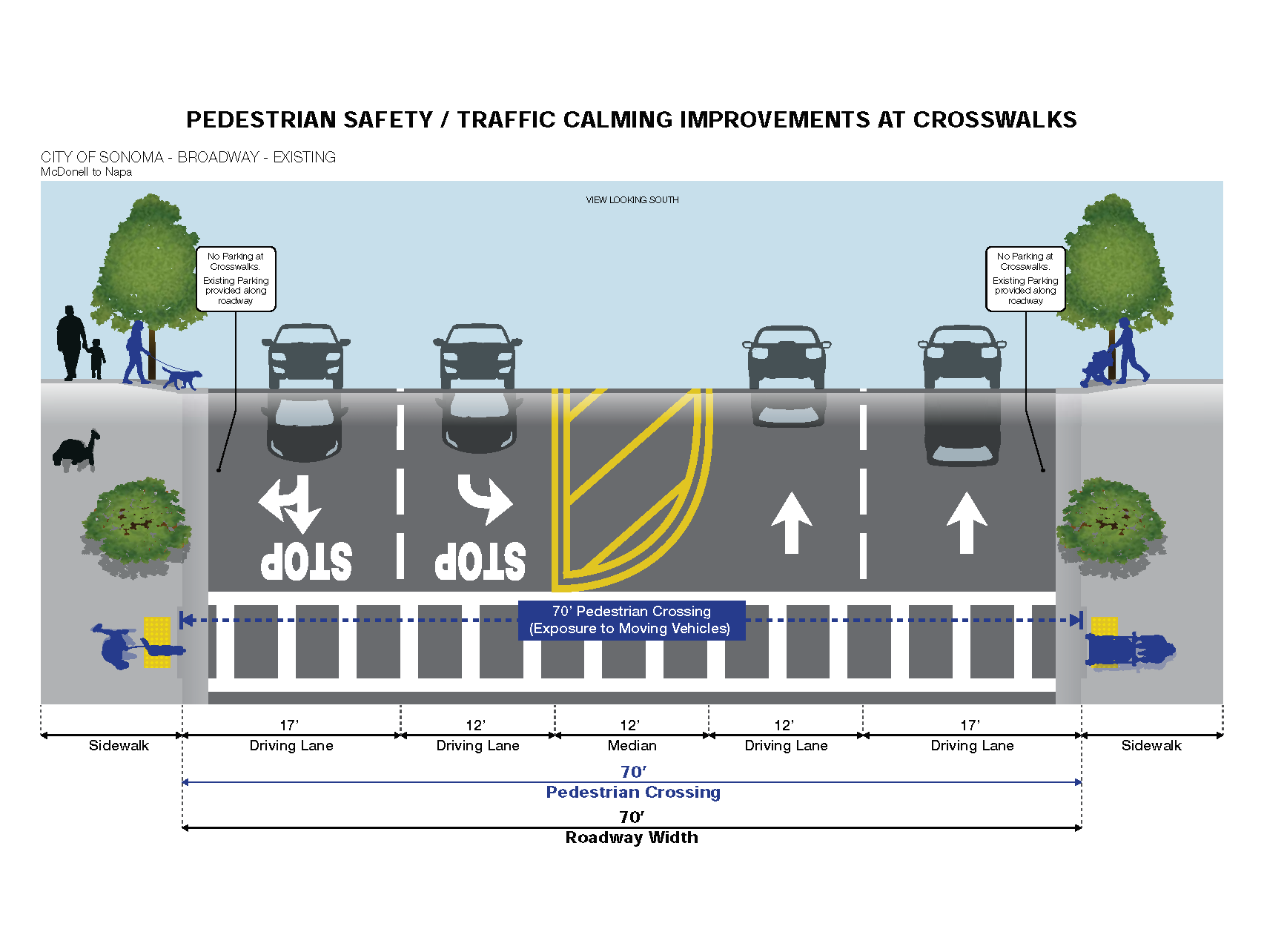 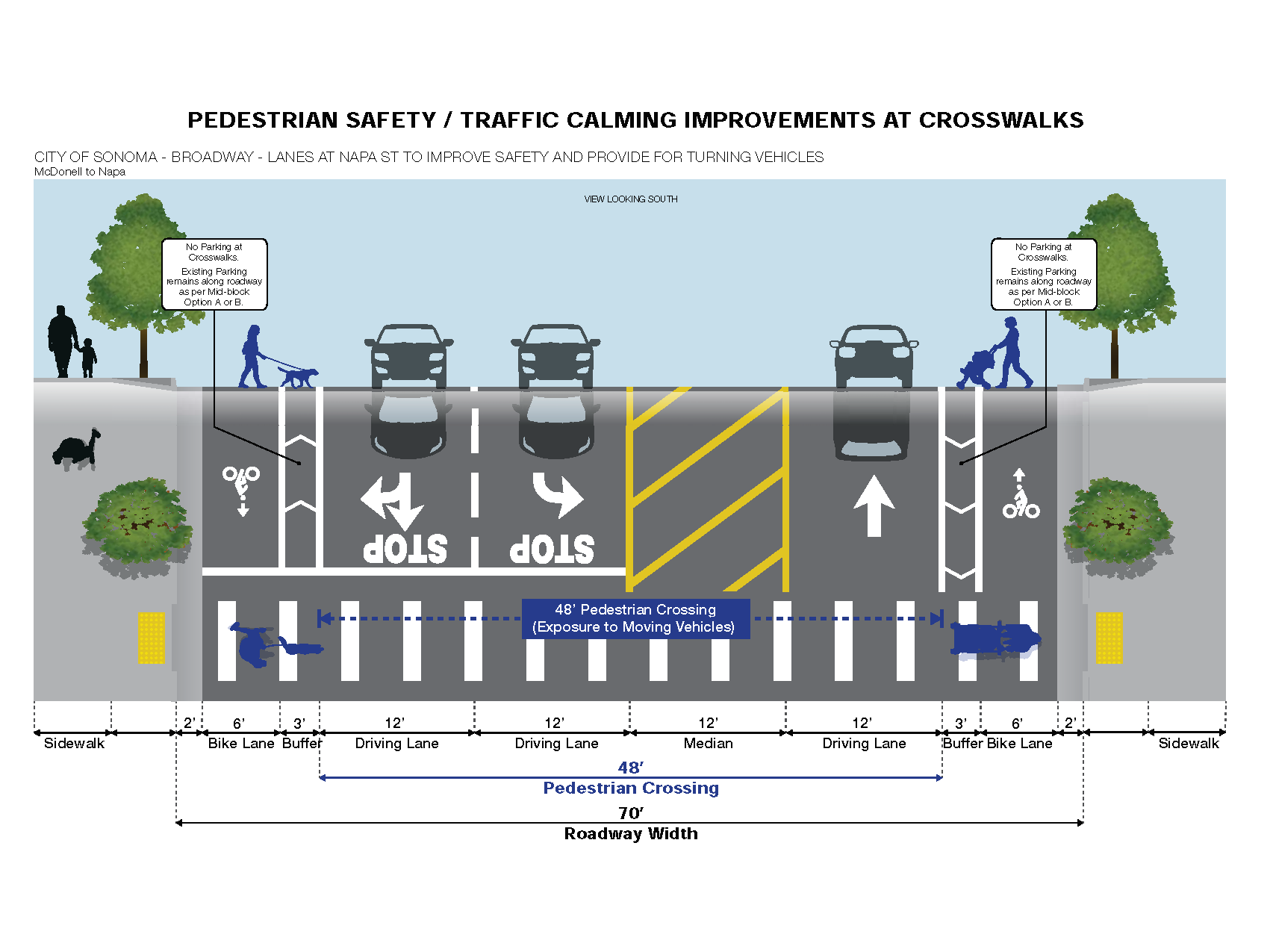 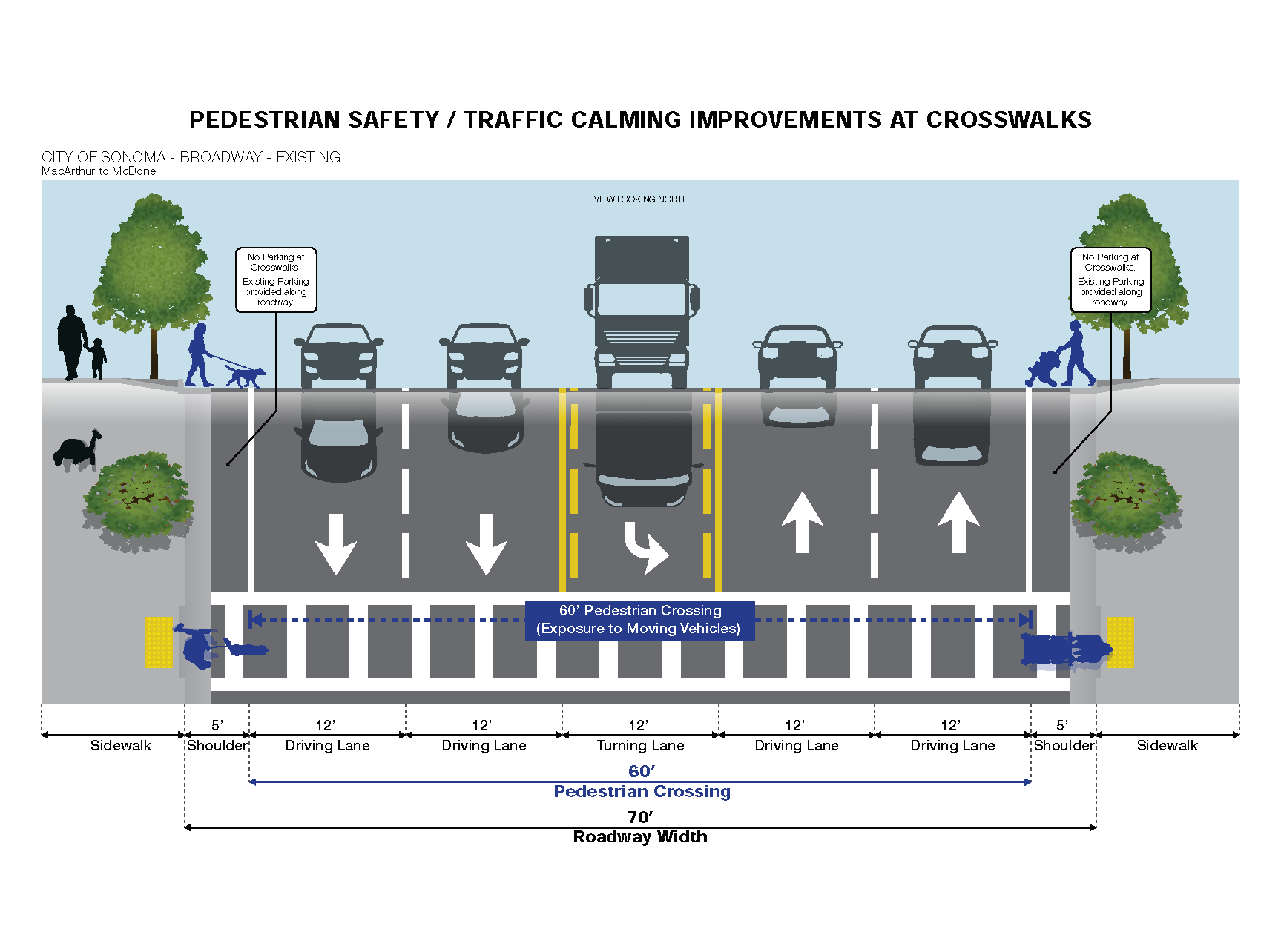 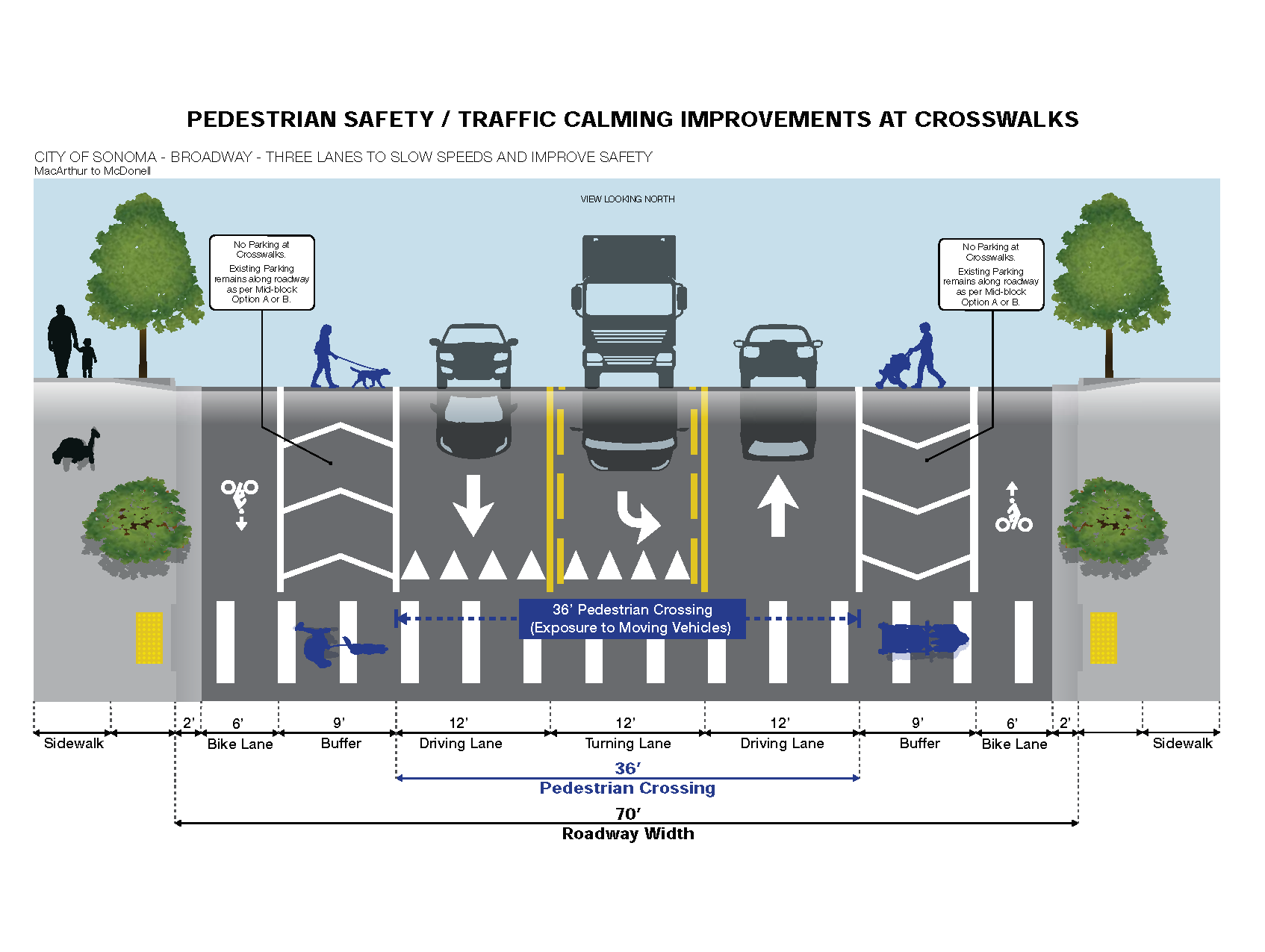