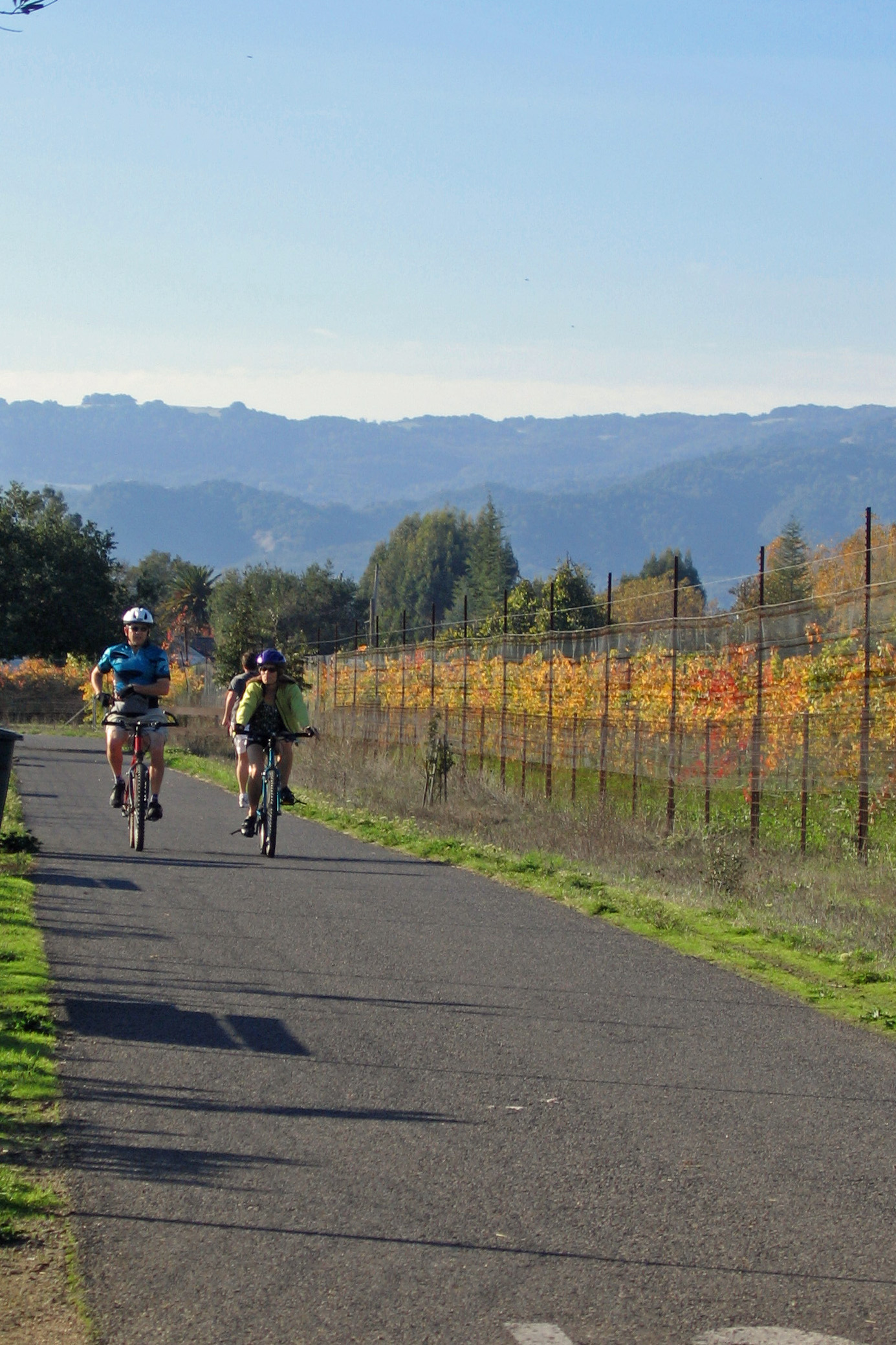 The City’s longest Class I pathway is the Sonoma City Trail, which runs east-west and extends for approximately 1.5 miles across northern Sonoma, from Sebastiani Winery to Sonoma Highway near Maxwell Farms Regional Park.  Depot Park, the Field of Dreams, and Olsen Park can all be accessed directly from the Sonoma City Trail.

Bicycle parking is available at several locations in the Plaza Park.  A bicycle repair station is located at Sonoma Valley Regional Library.

Learn more about the City’s Adopt-a-Bike-Path  and Memorial Bench programs.