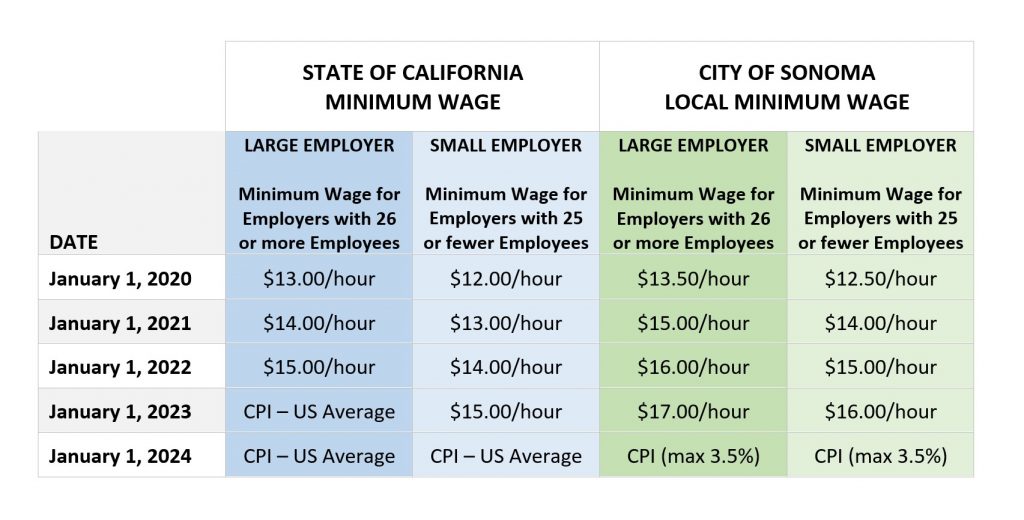 Sonoma's ordinance includes a health benefit credit of up to $1.50 to go into effect January 1, 2021. Additional work on defining the parameters of this credit will occur in 2020.

On January 1, 2024, and annually thereafter, the Sonoma minimum wage for all employees will increase 3.5 percent or by a percentage (“index”) set by separate council resolution, whichever is less.

Below is the study, additional information, updates and reference information. Subscribe to email updates when Updates or Documents are added: 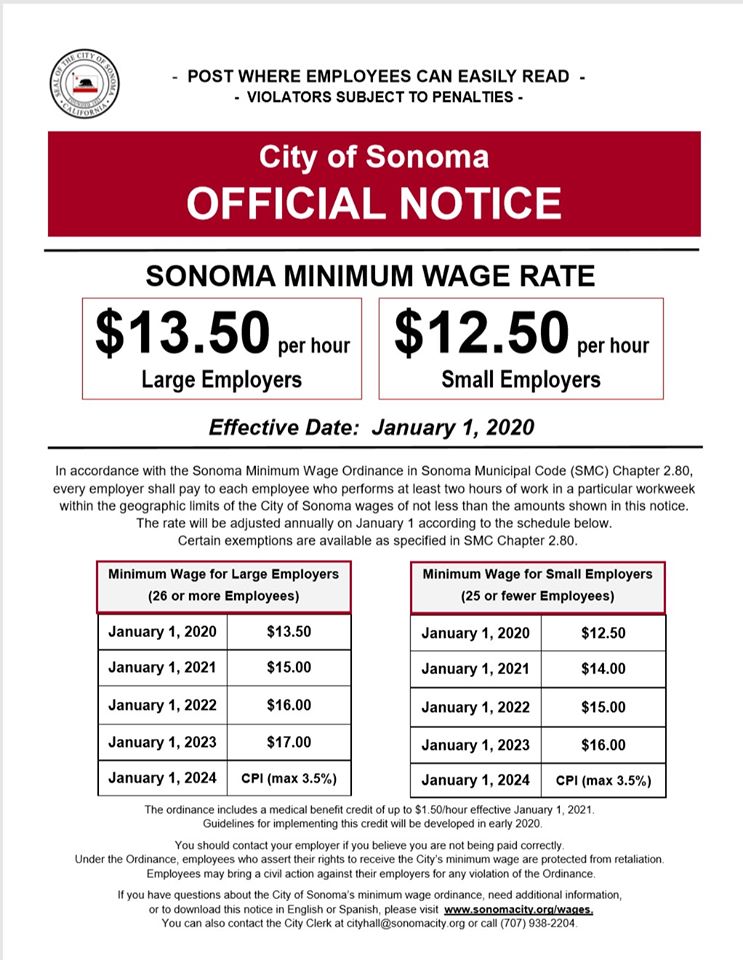 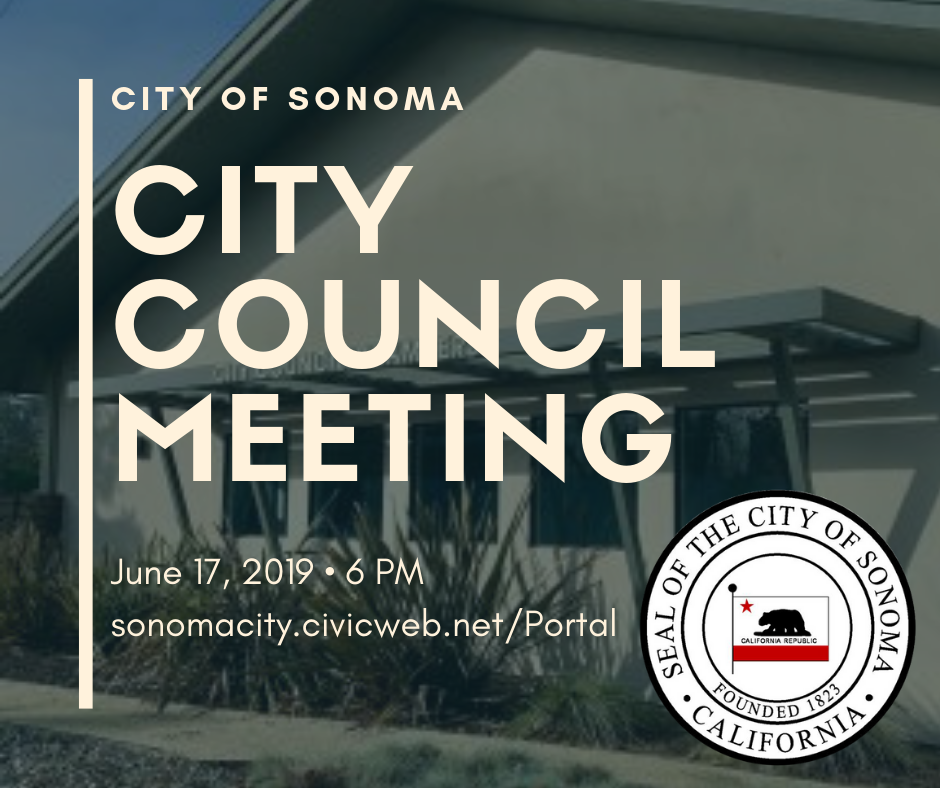 A regular meeting of Sonoma City Council will be held on Monday, June 17th  at 6:00 pm. View the full agenda and staff reports, including a public hearing on Commerical Cannabis Regulations, as well as items on the consent calendar on our CivicWeb Portal. The items to be considered on the regular schedule by City...

On June 3rd, the Sonoma City Council approved the 1st reading of a local minimum wage ordinance.  The City Council will determine which CPI index to use at a future date. The ordinance includes a $1.50 health benefit credit to go into effect January 1, 2021. Additional work on defining the parameters of this credit will...